For 2010 I give you a picture of Baby New Year (Marjorie White) kicking out old Father Time (El Brendel). HAPPY NEW YEAR one and all!!!
Posted by Louie at 11:04 AM 4 comments:

To all my readers I extended to you the happiest wishes for a merry and festive Christmas (or whatever you celebrate this holiday season)! I will return shortly with more goodies from the El Brendel and old movie basket so stay tuned.

Until then, here is a shot of the LOVELY Janet Gaynor from 1937's "A Star Is Born" to show us what the well appointed Xmas tree should look like!

Here is the last bunch of photos from Carreras Ltd. (of London) "Film Stars", second series of 54 cigarette cards. They date from 1938 and according to the back of the cards "KEEP THIS ATTRACTIVE SERIES OF REAL PHOTOS IN THE CARRERAS SLIP-IN ALBUM OBTAINABLE FROM ALL TOBACCONISTS (Price One Penny)". I posted the first batch of scans in February and those can be seen here. 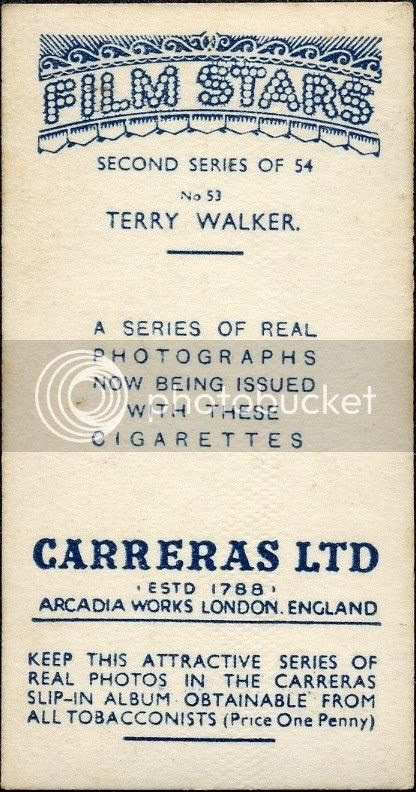 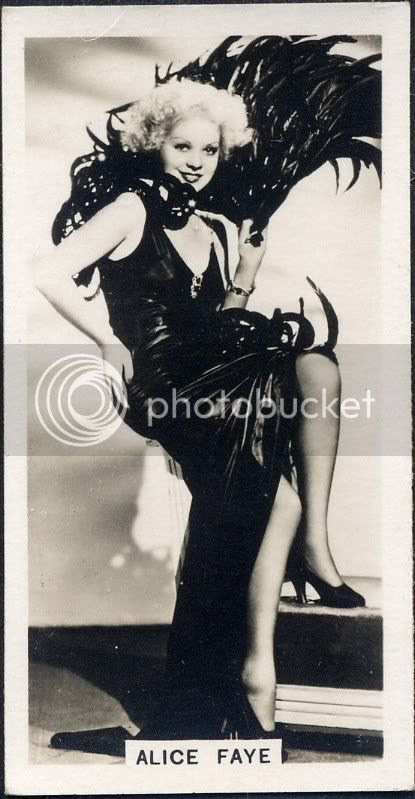 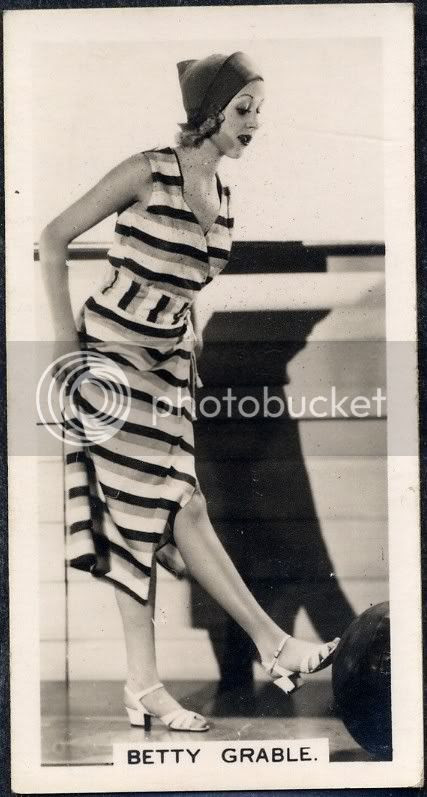 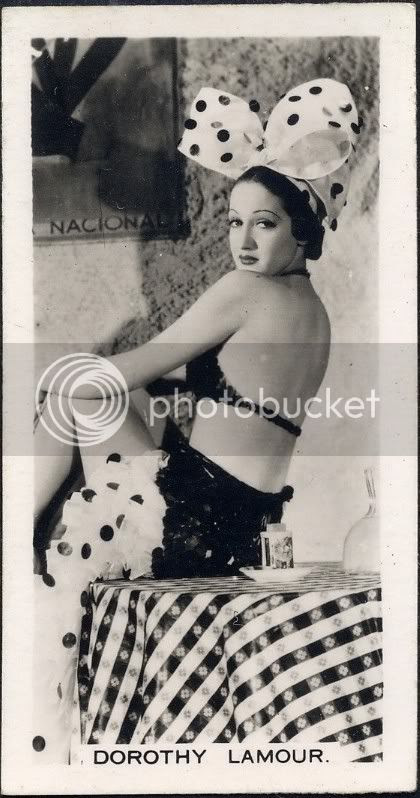 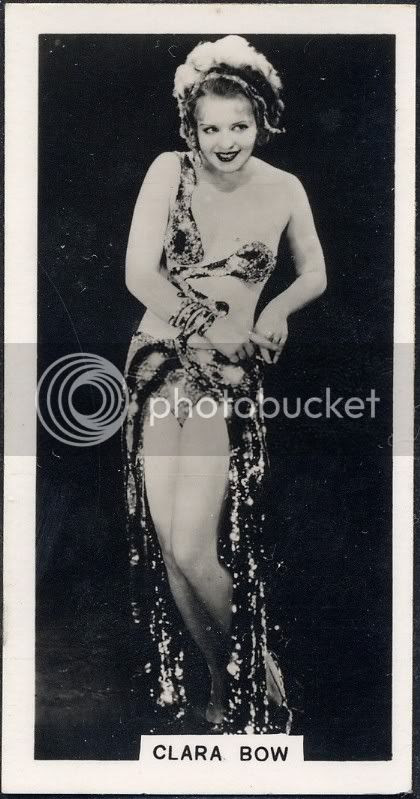 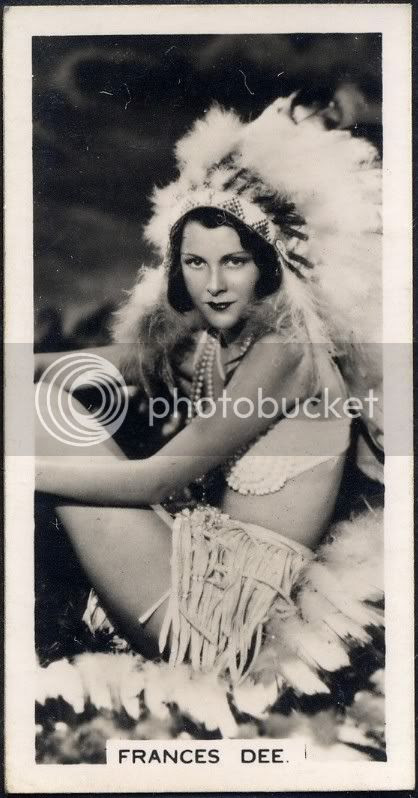 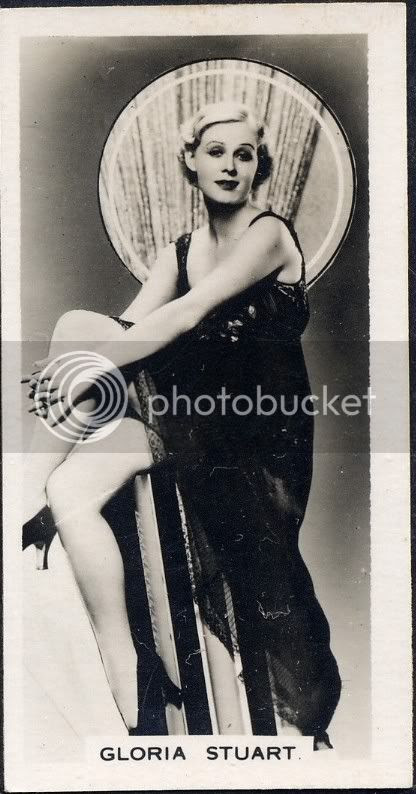 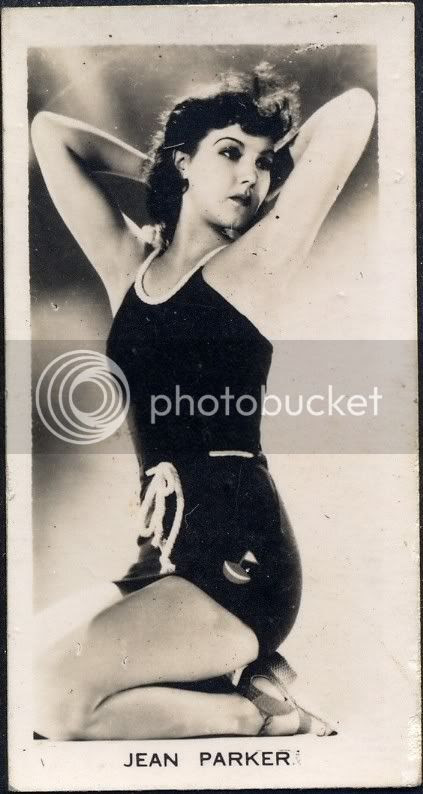 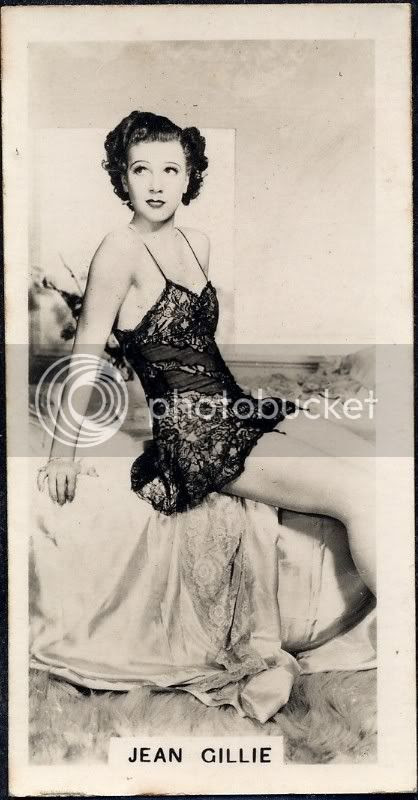 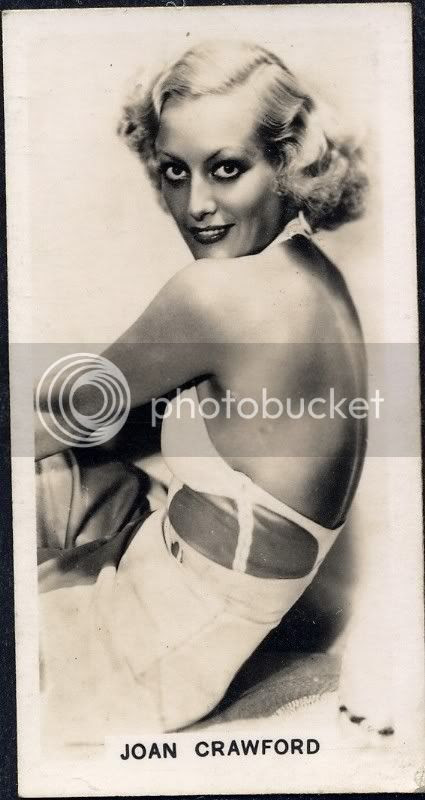 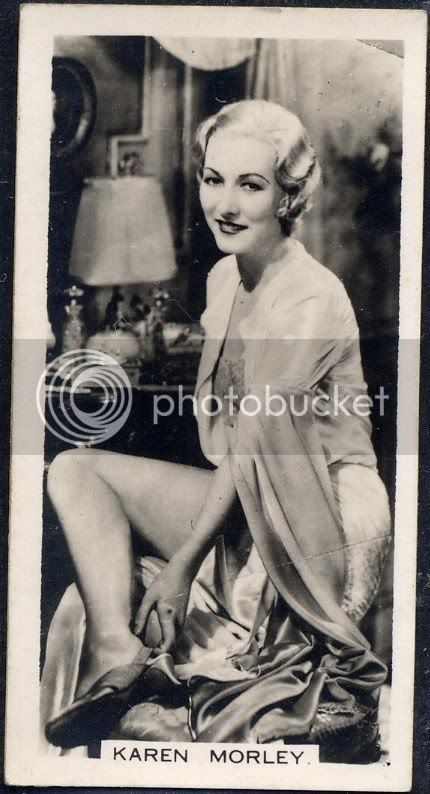 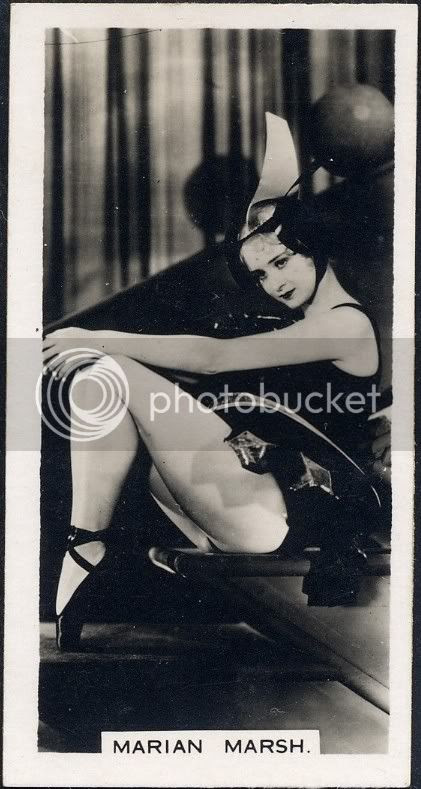 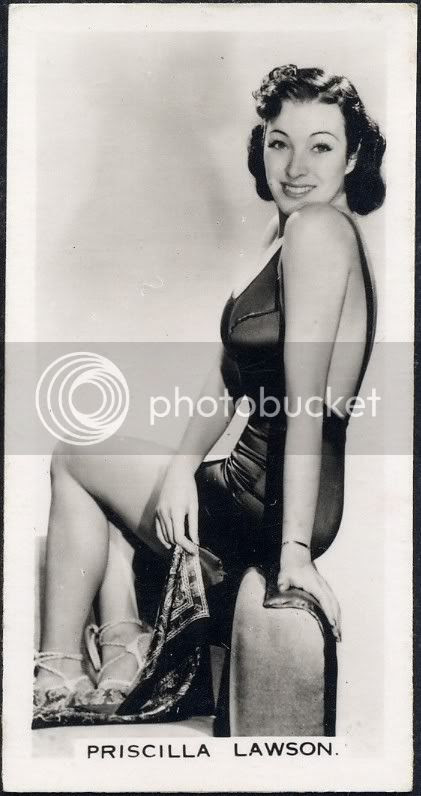 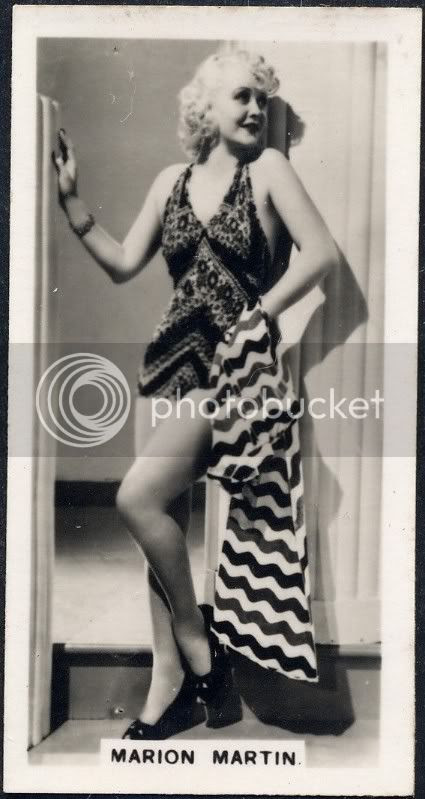 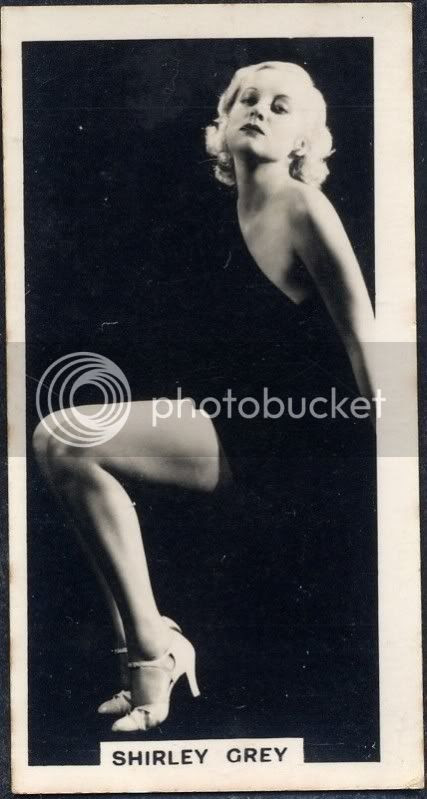 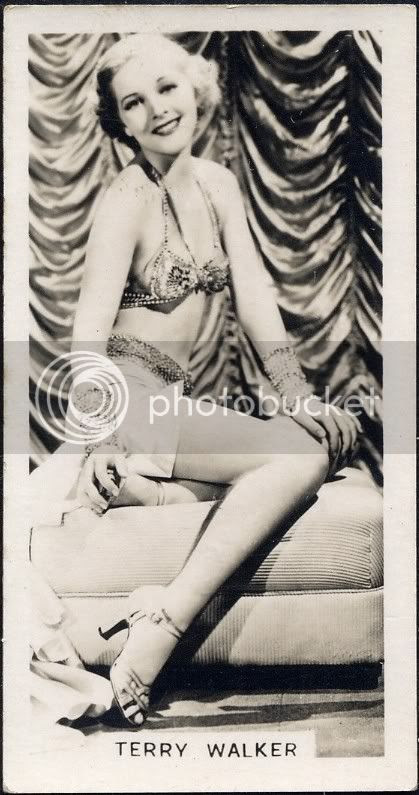 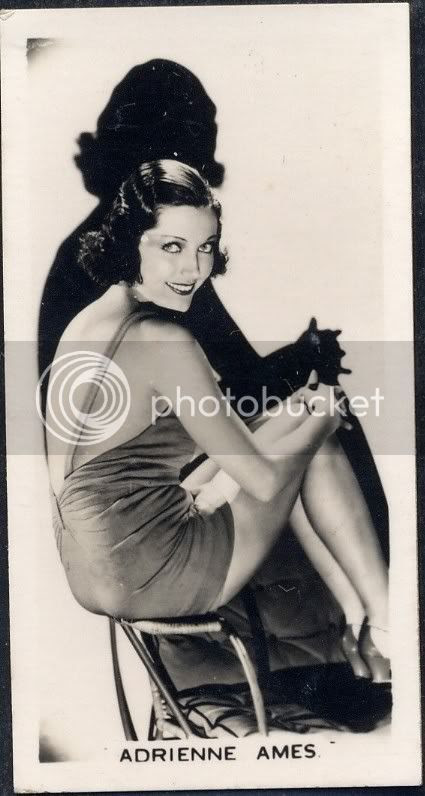 The sisters - on the set of "Carmen"?

In August, I posted a bunch of candid photos of two sisters on the sets of a half dozen Hollywood productions. A reader of the blog, Ian Elliot, tracked down their information and identified the pair as Venezia and Italia Frandi. Recently I have acquired 2 keybook stills from 1927's "The Loves of Carmen" and I have identified a woman I believe to be Italia lurking in the background. Although the shirt she is wearing appears different, it looks like she is wearing the same skirt in both pics. Let me know what YOU think:

Italia on the set of "The Loves of Carmen"

El and the unknown recording sessions

When I initially started this blog, I knew during my research into one of the most loathed comedians ever, I would run into a few mysteries along the way. Living a pretty private life, as El and his wife Flo did, after the spotlight faded there is not a lot of information about the man post the early 40's. Many pieces come from brief interviews in newspapers or maybe a mention in a Hollywood veteran's biography, but much information has been lost to time. This post is one of those obscurities that I have almost none of the details on, just the basic facts.

FACT: In 1950 El Brendel released 2 discs for Imperial Records. This detail of his career is never mentioned and I have been searching for these slabs of vinyl for a long time. Here are the particulars:

I can only speculate that the reason Imperial would call El in to do these discs was the popularity over at Capitol Records of Yogi Yorgesson (alias of Harry Stewart) who made several LP's of HIS version of a Swedish dialect comedian for the company in the early 50's. The track "Hulda" may be a similar version of the song El performed in the 1940 film "Captain Caution", but until it shows up on my doorstep, I can't be sure. The questions I have regarding the selections are the details of these El recordings (dates, location, session players, contact details) and why would he agree to do them in the first place?

The records themselves must have sold poorly as I only know of a single collector who has seen one of them. Alas, it was in pieces (thank you US Postal Service), but a couple of months ago I got an email from another fan who had a MP3 of one of the tunes, "A Pinch of Snoose". It's not a very good song (even for a hard core fan like myself) but I felt I should share it with you:

It is not known by me what the disc labels even looked like but I assume, given the time period they were released, these would have just been issued on 78. Here is a label from the same series as the El records would have been in: 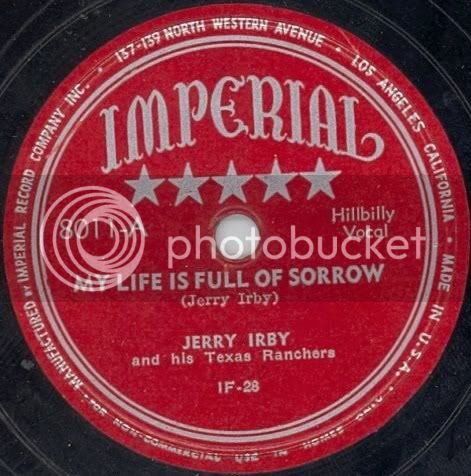 If anyone has any of the records or further information about these records, PLEASE contact me!
Posted by Louie at 12:43 PM 3 comments:

Here's an early 30's shot of Fifi D'orsay cooking what the publicity department must have deemed to be an accurate representation of a turkey (looks a little wooden to me). To all my readers and followers I wish you all a happy Thanksgiving!
Posted by Louie at 9:48 AM 3 comments:

Here we go with another round of these great movie advertisements. I threw in one from the 20's to make it interesting and hopefully I'll be able to get writing again soon.

Just a quick post to let my readers know that YES, I'm still alive, but as the Brendel pic shows, I have seen better days. Like many people in these tough times, I was laid off from my job in late June and have been searching for work ever since. The job hunt has been taking most of my free hours, but I am confident I will find something in the future which should free up more time to continue spreading the El Brendel word. Stay tuned faithful readers.

Continuing from the first part I posted, here are more of your favorite stars showing up at 2 or 3 movie premiers in the early 30's. As you can see in the Ralph Bellamy and Ernst Lubitsch photos, there is a display behind them showing a poster of 1931's "The Smiling Lieutenant" so I assume at least a few of these are from the opening night of the film.

Most people have been identified while others remain a mystery, so if anyone can shed some light on who the unknowns are, contact me.

James Dunn and Molly O'Day
(Thanks Donna and Rob!!)

Polly Moran with 2 unidentified people in the background