Here's another round of "guess who's with El in this photo"! These 3 all come from the same photo session, it appears (to me) to be a recording studio. If you know who any of these people are, please let me know! 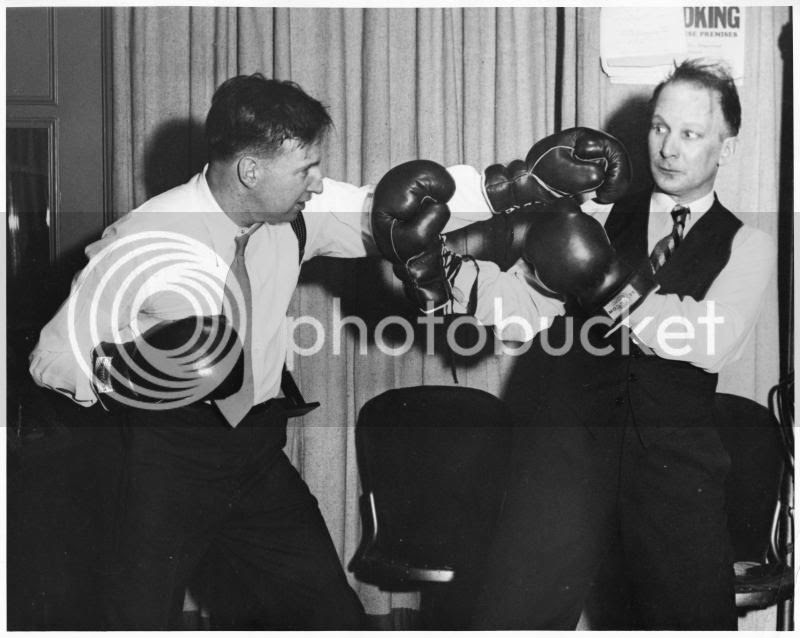 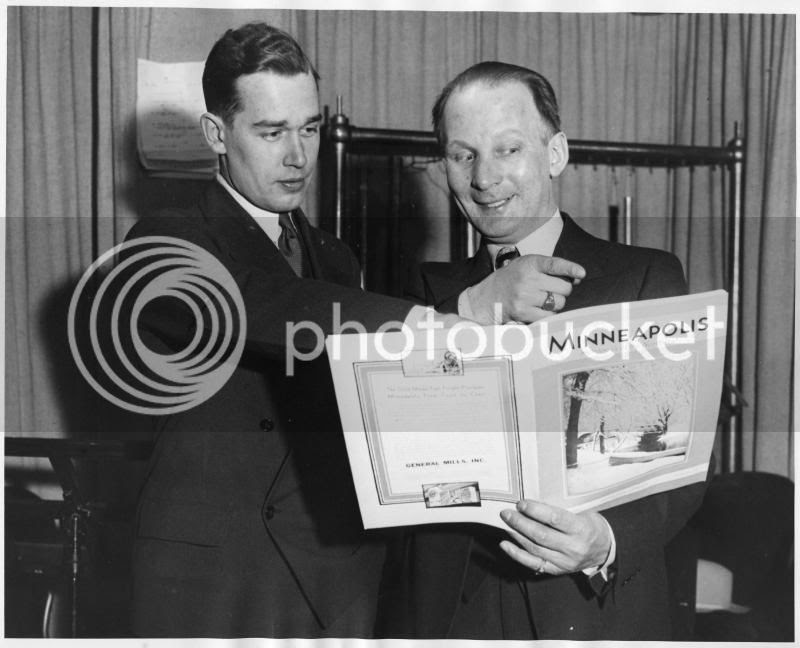 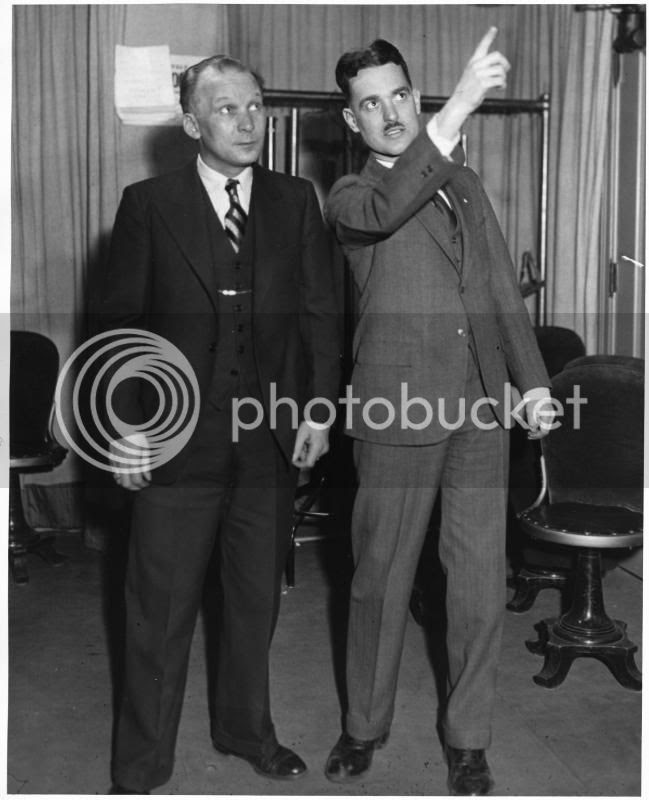 As I have written before, I love researching films from the 20's & 30's which were announced in the press but never filmed or released. This post is about one of them, El's unrealized feature, "I Come From Hell". 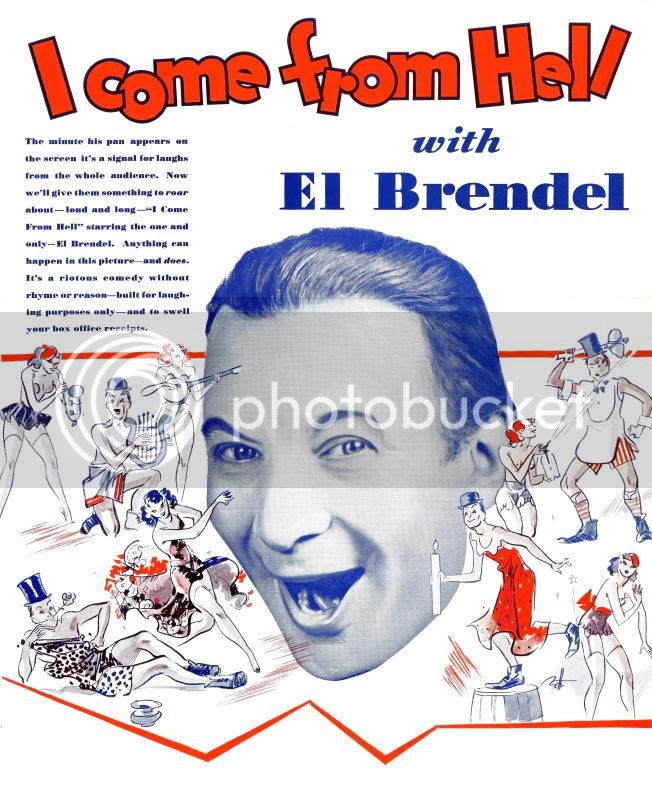 advert from the 33-34 Fox Personalities and Product pressbook

The first news of this film I have found comes from the August 7th, 1933 issue of the Los Angeles Times: “I Come From Hell” written by Mal St. Clair and he (was possibly) going to direct.  The description of the picture from the paper blurb: “Sounding like a cross between “Faust” and “Mephistopheles” rolled into one”.

By the September 3rd, 1933 issue of the New York Times, the title had changed to, “I Came From Hell” and just 8 days later on September 11th the title had changed yet again to, "Olsen's Night Out", Mal St. Clair was still listed as the director but not the writer as the story is now announced as being penned by Henry Johnson and James Tynan.

By the time the film was ready for release the name had changed again to, "Olsen's Big Moment": 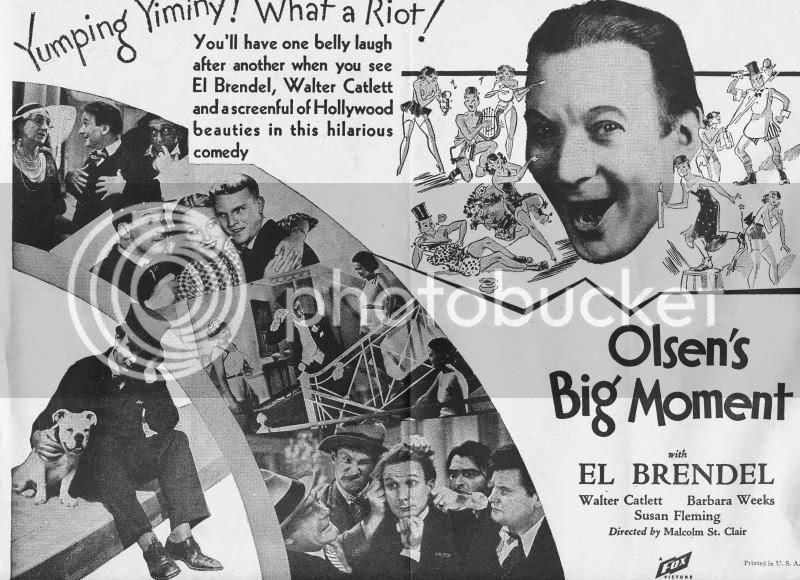 artwork for the "I Come From Hell" ad used in the herald for, "Olsen's Big Moment"

And although IMDB (ugh, I know) lists the release date as January 9, 1933, this is incorrect as all reviews I have read come from early January 1934!

A full reexamination of "Olsen's Big Moment" is certainly due, seeing as it's Brendel in a role where he is a janitor in a girls rooming house (the pre-code jokes could be endless!) and he teams with perpetual funnyman Walter Catlett. UCLA Film Archive has a copy in their vault which is listed on their website as, "7 reels of 7 (70 min.?) (ca. 7000 ft.) : opt sd., b&w ; 35 mm. nitrate print. NOTES: Studio print." Hopefully we will get to see it someday! 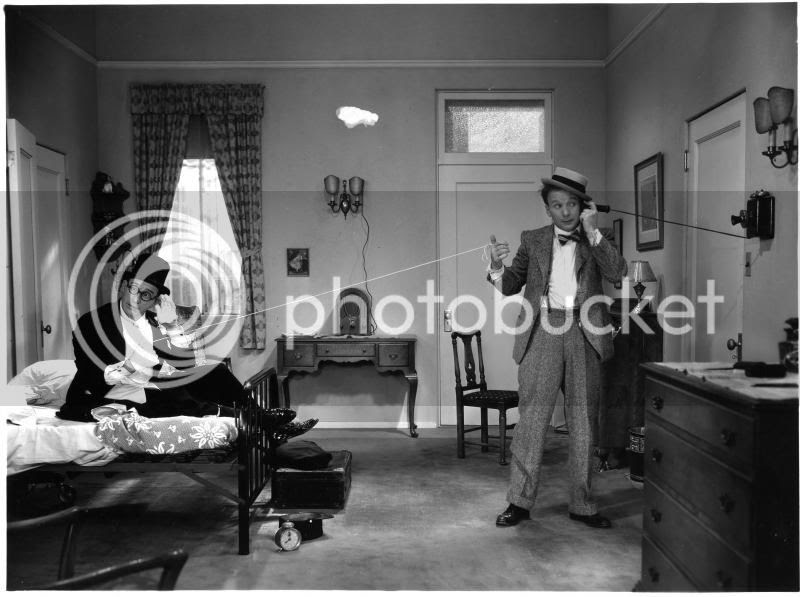 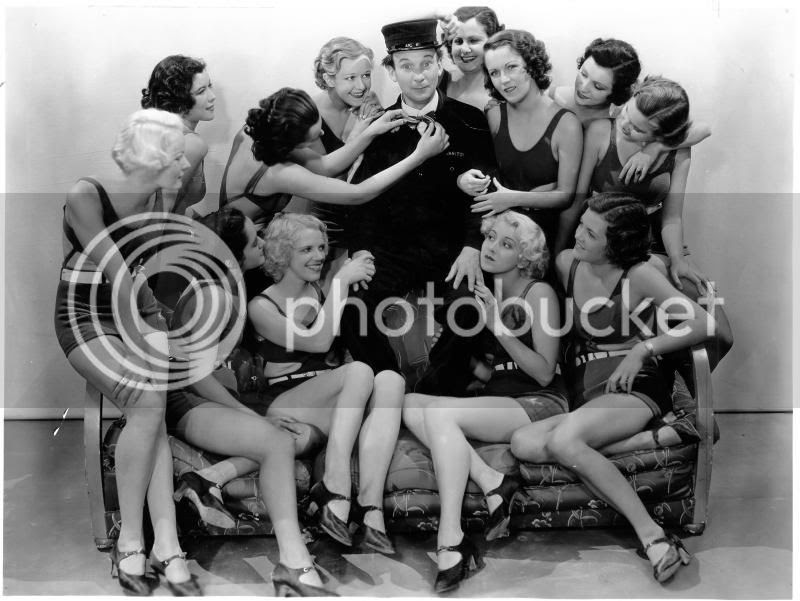 El and a bevy of girls. The "pre-code" possibilities are endless!