"Lost" 3 Stooges film to be shown in NYC 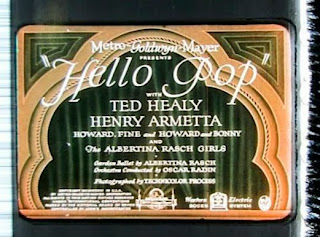 Next Sunday and Monday (September 29th & 30th, for those with calendars), Film Forum in New York City will be showing the recently found and restored 1933 MGM short, "Hello Pop", featuring Ted Healy and his Three Stooges (billed here as Howard, Fine, and Howard). These screenings bring to fruition a decades long search by collectors, film fans and scholars to find this short who's last known copy was thought to have burned up in an MGM vault fire in 1965.

Ron Hutchinson, of the Vitaphone Project (who will also be introducing the films), was instrumental in getting this short to the US and wrote an article for the Three Stooges Journal about its rediscovery: "In early December 2012, I received an email at the Vitaphone Project from the friend of a film collector in Australia. His question, simply, was---is "Hello Pop" a lost film? When I confirmed that indeed that was the case, the individual indicated that his friend who collected 35mm film had a copy. This triggered a series of communications to verify the true existance of the print, confirm that the collector was willing to share it, and then to make arrangements to get it to the United States for restoration. The collecr is in his mid-eighties, and has acquired 35mm film most of his life. He was extremely cooperative, and simply wanted to ensure that "Hello Pop" went to the right place."

It did and now the results will be shown and enjoyed by a public who never thought they would ever view it. Also on the bill for the screenings at Film Forum will be a new 35mm print of Robert Benchley’s short "Your Technocracy And Mine" (1933), a 1933 Vitaphone short, "Gobs Of Fun" with a Shemp Howard appearance, a hilarious 1928 short "Sharps And Flats" with Conlin and Glass, rare examples of early Technicolor from George Eastman House and maybe the funniest Vitaphone short I've seen "The Beau Brummels" (1928), with the comedy team of Shaw and Lee.

Film Forum is located at 209 West Houston St. west of 6th Ave. and you can read all about the showing here. Finally, courtesy of Ron Hutchinson, are some scans of "Hello Pop"! See you there! 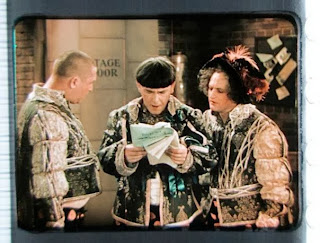 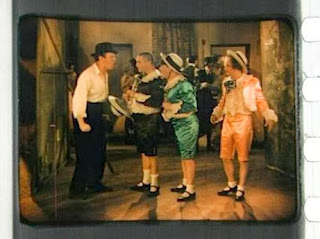 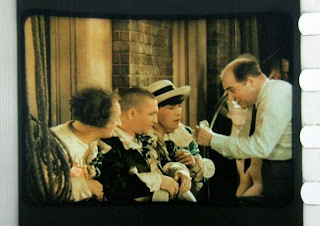 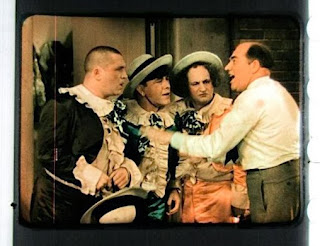 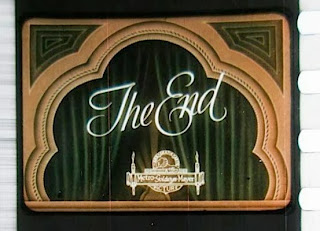 The time has come for all my "Give Me The Good Old Days!" readers to step-up and try to help me and identify some of the people pictured with El (and sometimes his wife Flo) in some photographs. I have been unable to figure out who they are.  Some of these people may just be unknown or some may be famous and I just don't know who they are. I have a whole pile of these and I will be posting them from time to time, so don't hesitate in responding in the comments section if you know someone.

first off we have this one. We have El and his wife Flo on the right and it's certainly a picture from the later years in his life, so either late 1950's early 60's. Who are the other 3?? The only clues on the picture itself is written on the back: "compliments of Frank Mann, official photographer Hollywood Comedy Club".

***UPDATE*** Film historian Richard M. Roberts has identified the man on the left as possibly being actor Arthur Shields! Another film historian, Robert Birchard, has dismissed this, so it's still up in the air!


I am now speculating the couple in the middle of the photo may have something to do with the management and ownership of the Hollywood Comedy Club, does anyone have any information on it??
Posted by Louie at 12:06 PM 2 comments: