You read it right! I am now selling clear vinyl Vitaphone stickers! You know Vitaphone, the disc system which, when synchronized with the projector, gave the worlds many great films and shorts sound! Made famous by Al Jolson in "The Jazz Singer".  Perfect for your car windows, black guitar cases, your mirrors, just tons of places you can put these!

Here is what one of the stickers looks like on my automobile: 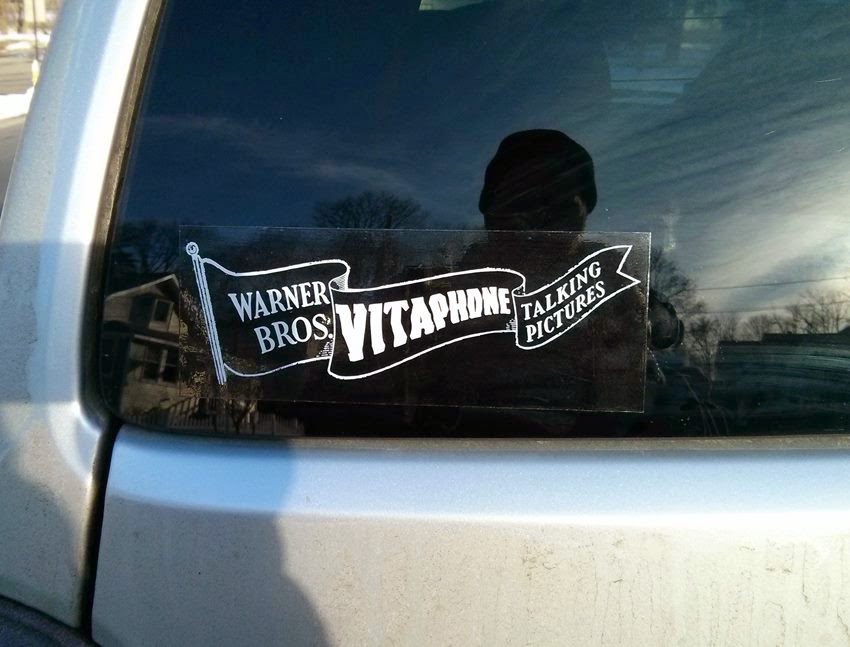 A brief view of the Brendel home movies

As I wrote last week, I was asked to present another reel of the El Brendel home movies at Cinefest in Syracuse, New York over the past weekend and while I am still writing my review of that incredible weekend, I thought I'd share a bit of the home movie I showed with all my readers. 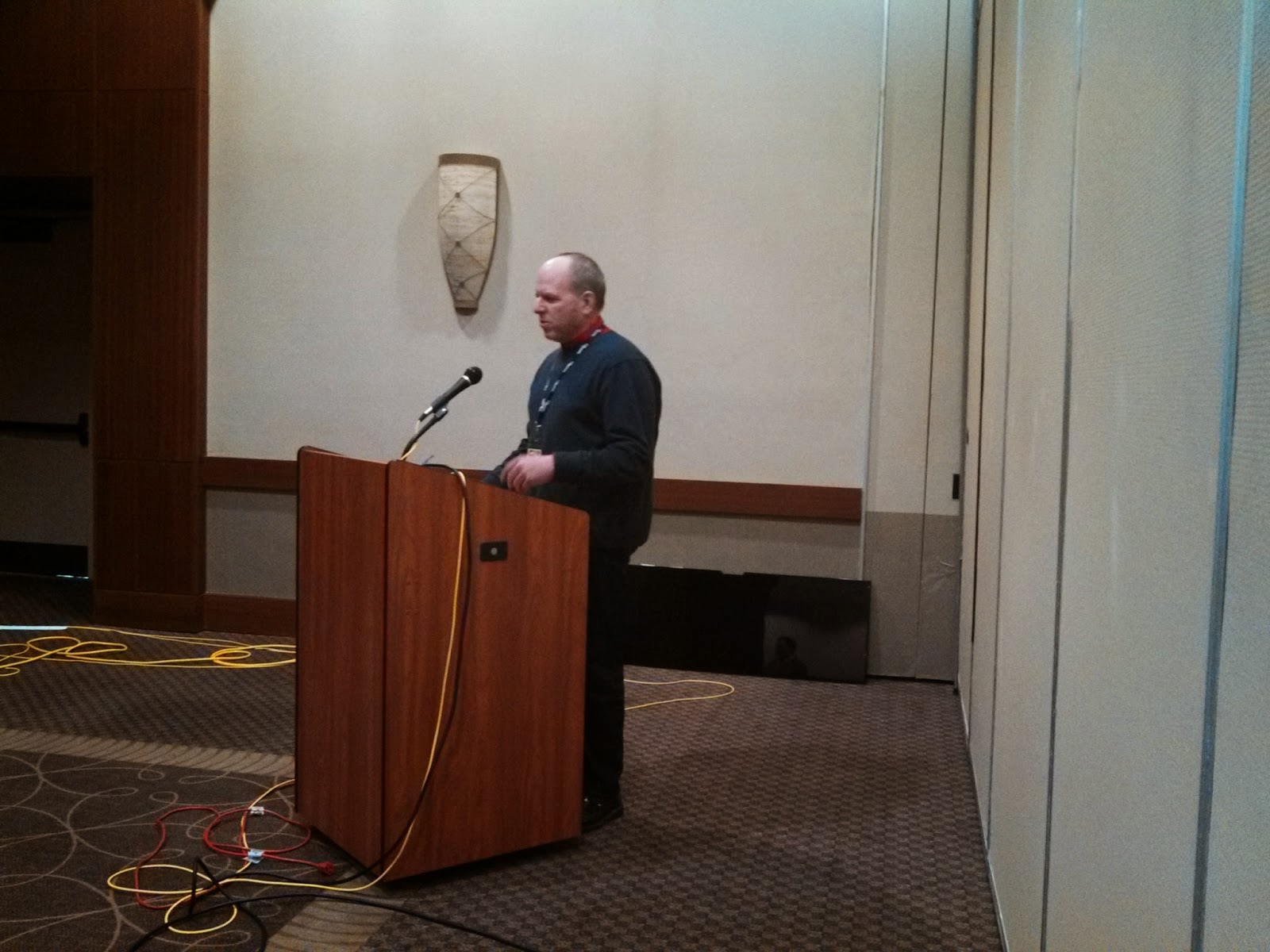 yes, that is yours truly introducing the Brendel reel at Cinefest
(photo credit: Kylie Pierce)

When I was getting ready to figure out what I was going to screen this year, I made video files of two reels which I thought might be in contention. The video below is a section I edited out, added some opening and closing titles, some sound effects and music and uploaded it for all to see. The quality is not the best, but I think it came out pretty darn good!

The film is from the "gags" reel (so written by El on the can itself) and contains just that, El working out comedy bits in front of the camera and then editing them together to watch and we assume, show others. This one I've titled "The Hitchhiker" and the film edge code is dated 1939. I can only assume this may have been filmed near the Brendel home at 11106 Sunset Boulevard in Los Angeles where he and Flo lived during this period. I couldn't see any street signs or any other markers so it's just an assumption. To keep the mysteries building, this is the only section on the entire reel which is in black and white, the rest is Kodachrome. Enjoy!

I know, I'm always late on promoting these things, but I have been invited back to show another El Brendel home movie at the Syracuse Cinephile Society's annual Cinefest film festival. It will be taking place March 13th - 16th and will have TONS of other rare film to show on their screen.

The film I am presenting is another reel from the stash of films I uncovered in 2011. This reel has been marked by El as "gags" and features just that; El performing gags in front of the camera. But there is also a section with behind the scenes footage from "The Beautiful Blonde From Bashful Bend", on the TV show "Cowboy G-Men", and El goofing around with his wife, Flo.

El with a trick cigar from the "gags" reel


Hope to see you there!!