The time has come to bid another fond farewell to another co-star of El's who has left us. Although I have never been a huge fan of Shirley Temple's I do realize her importance in film history. She was an immense start in the 30's and saved 20th Century Fox from almost certain bankruptcy with her box office smashing films. As with many actors in the 30's, El appeared with her in 1938's "Little Miss Broadway".

Her importance in the history of Hollywood cannot be understated and her loss is particular troublesome for this researcher. I had tried to contact her on two occasions to see if she had any recollection of working with El in "Little Miss Broadway". Unfortunately I never got a reply and frankly I never expected to as her fan mail must have been enormous, even in her later years.

El, Shirley, and Jimmy Durante in a dance number for "Little Miss Broadway" 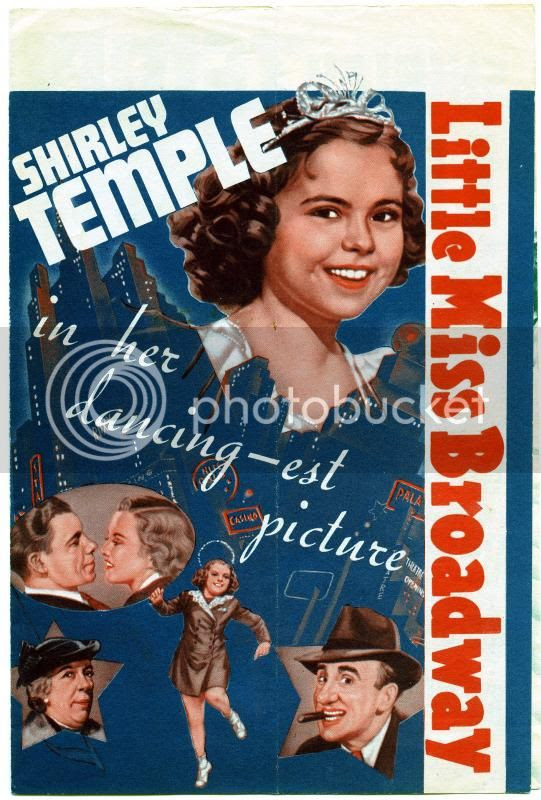 outside and inside of the herald for the only picture her and El worked on together.