I don't really know what to say about this post as I am just flabbergasted. I could go into a long diatribe about lost films and such but I feel it would be much better if I was just blunt about it.  In all my years of studying the films, career, and life of El Brendel I never thought I would be the one making an announcement like this.  Over the past weekend I had the opportunity to borrow over 35 film reels of El & his wife, Flo Bert.  Comprising mainly of home movies, there are also a few other tidbits included line a two minute 35mm snipe announcing El's "visit to your town", and the best film of all,  a Kinescope of a previously unknown and undocumented television show starring El! 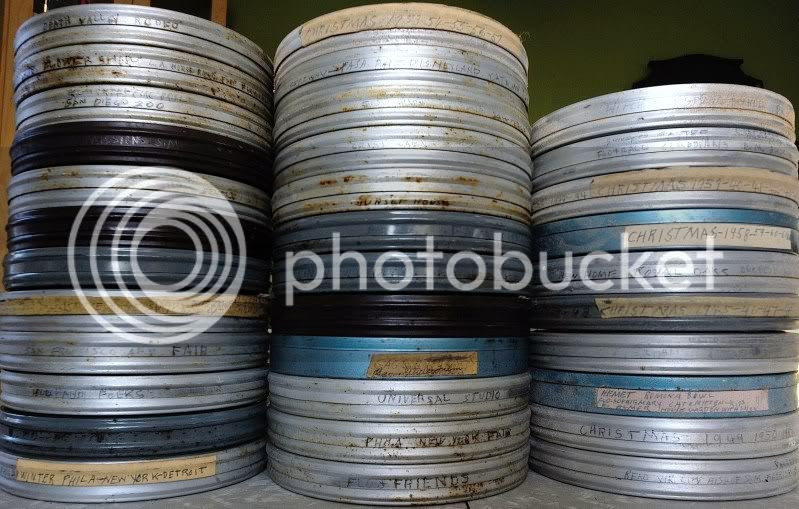 I have just started going through some of the cans but am holding off projecting and documenting what's included on these reels until I have the opportunity to clean them, after all, they've been sitting in a closet for a long time and probably haven't been viewed in over 30 years!  I will say the majority of films are in Kodachrome and appear to be in very good shape, especially the 35mm snipe, which is on nitrate and shows absolutely no sign of deterioration.

As I go through these I will be reporting on what I find, but from what El wrote on the side of the cans, I pulled out a couple of the most interesting ones and unspooled a small section and made scans of some of the frames to give you an idea of what is on them.  Just remember, I have not screened these films from beginning to end, so they could contain just about anything.

First up, we have a film which El entitled "GAGS".  The film was marked with a code suggesting it dates from September 1960.  In the scans we see El appearing in front of the camera doing a similar routine he did with a trick cigar in 1959's "Laffing Time": 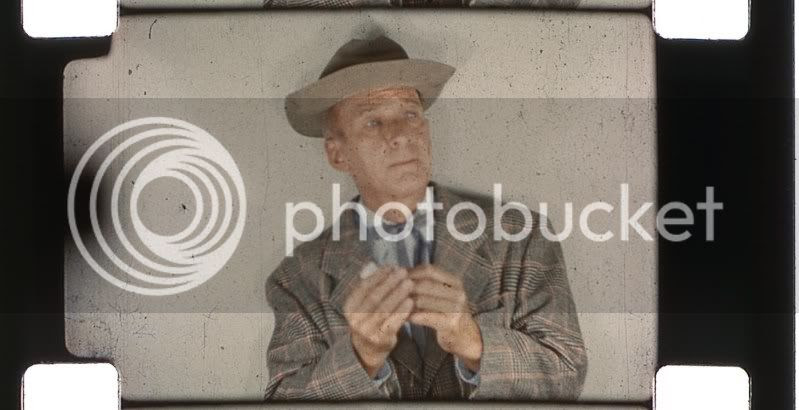 Next, we have a film marked "Universal Studios" where El worked in 1939 and 1940.  It's interesting as he filmed behind the scenes and in one section it appears to show Bing Crosby who worked with El on the 1940 film "If I Had My Way".  Can anyone identify the other people or scenes??: 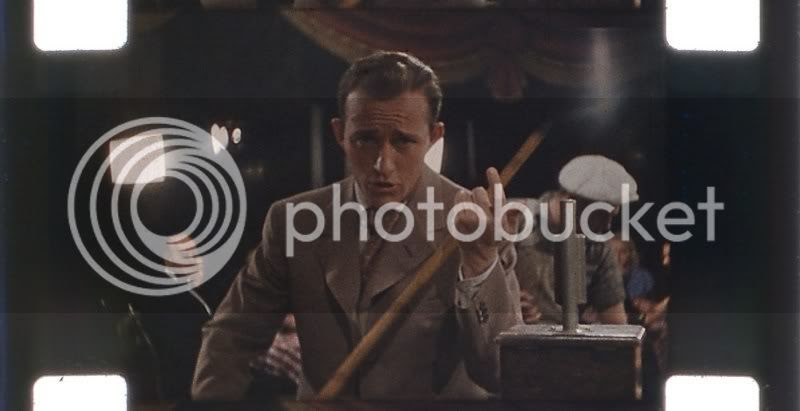 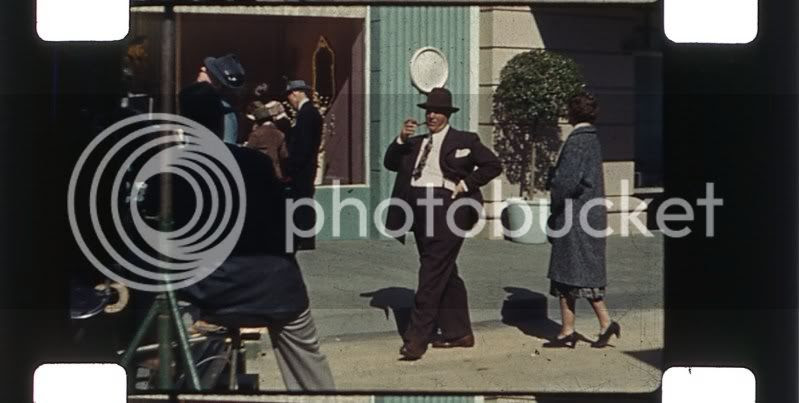 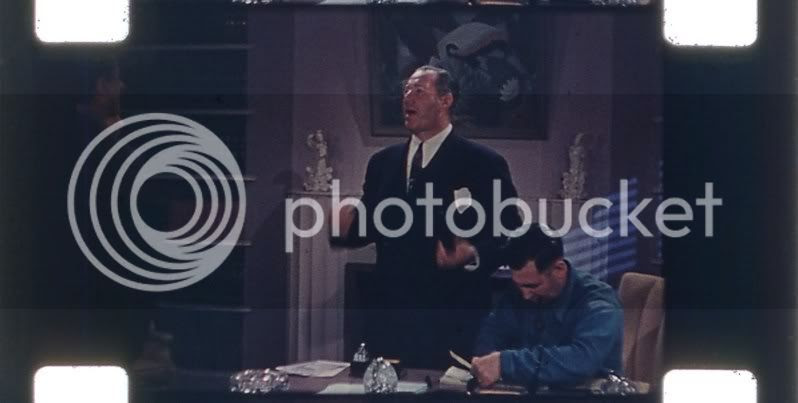 Here is the 35mm snipe touting El's visit to your town.  Seeing as the film mentions he has been in 47 films, I would date this as probably being from the late 30's: 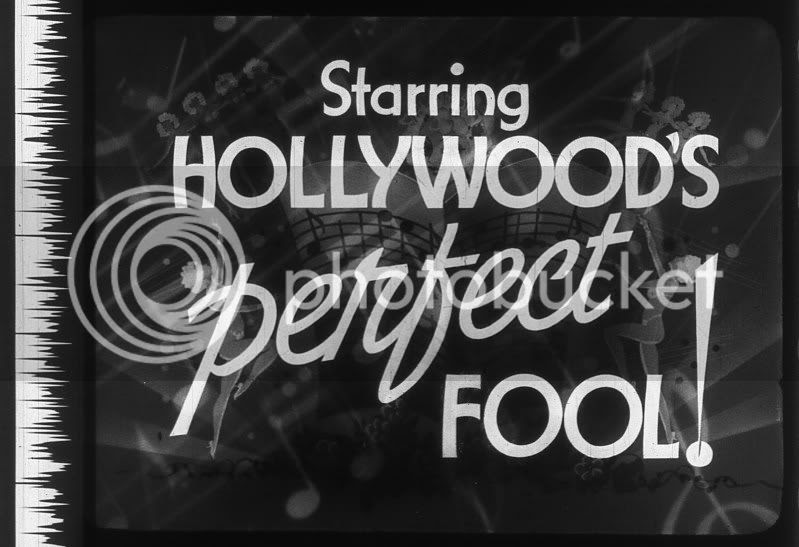 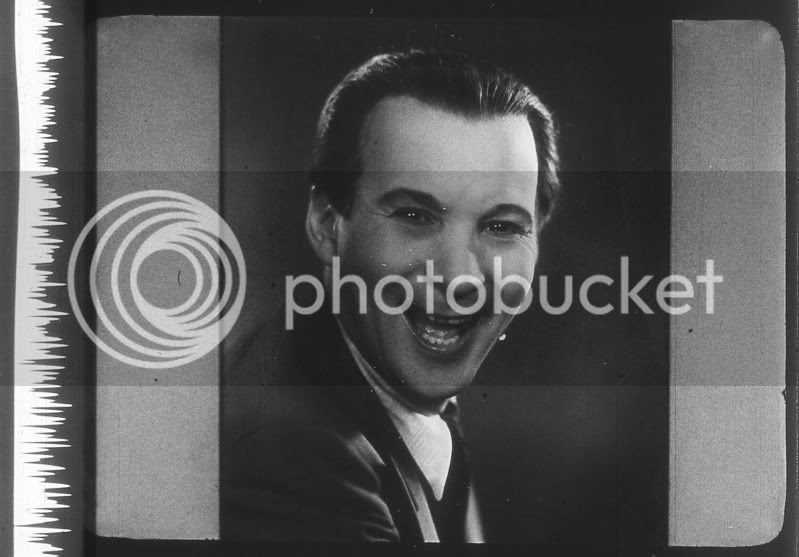 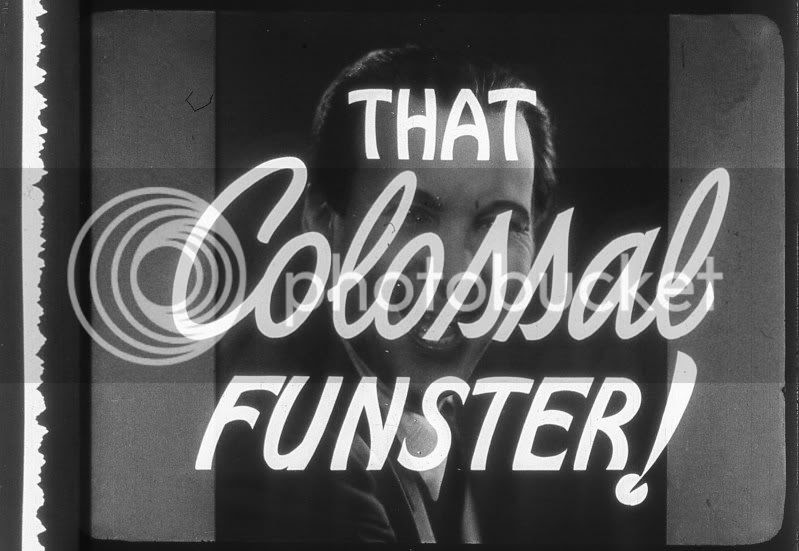 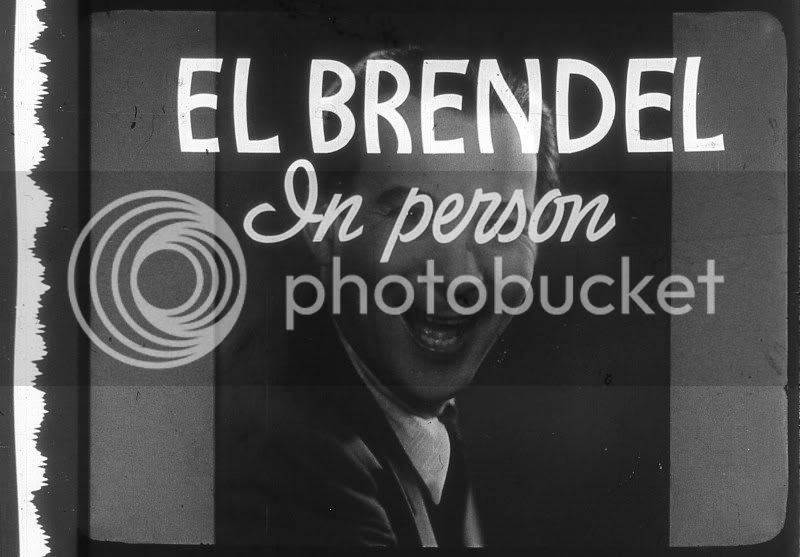 And lastly we have the "lost" TV show.  The leader on the film states it is a Kinescope and is dated August 24th, 1949.  The studio who produced this is NBC and I'm assuming the name of the show was "Hollywood Premier Theater".  The episode with El Brendel was entitled "Accidentally Axel" and featured singer, musician, and actress Anne Triola, who according to Wikipedia, is still alive.: 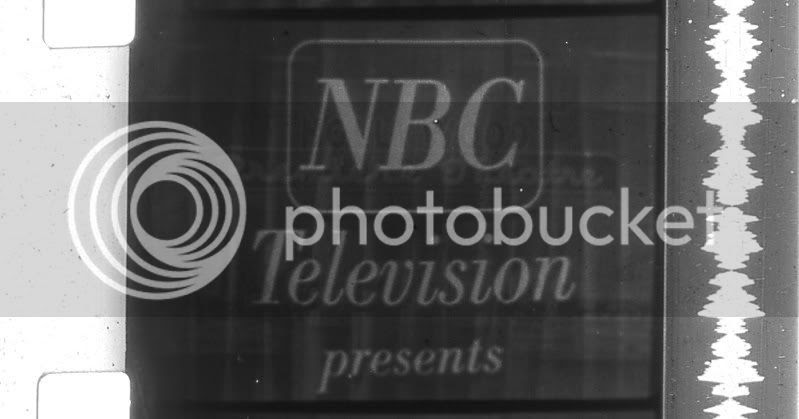 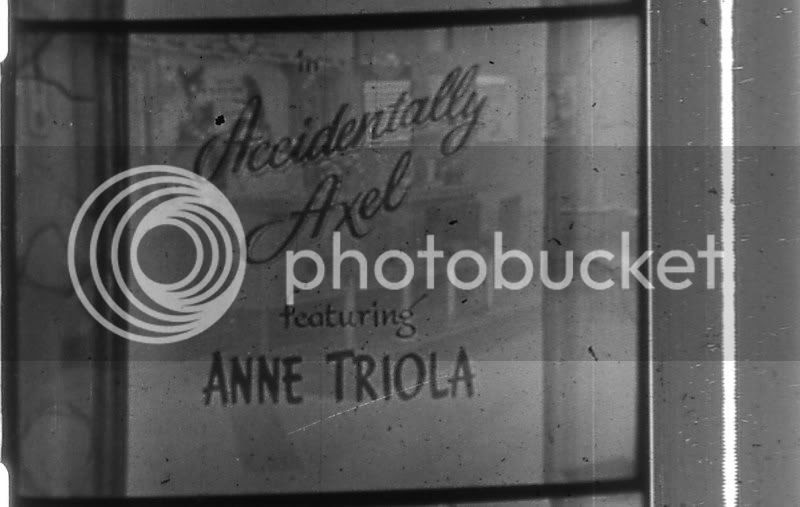 That's all I have right now, when the films are cleaned and ready to go, I'll report more details.  I'm amazed these films survive and I can't wait to view them!!

Congrats on your excellent find, Louie! Rare gems to help make your El Brendel book a scintillating read! It's almost like EL found YOU!

Now for the DVD or Blu Ray of this material!

Positively brilliant news, Louie! Let me know if you need help getting the material transferred, etc.

AMAZING. Absolutely terrific stuff, thank you for sharing and for doing all the work that must go into finding these films.

(I am so terribly sorry I'm late on this, Louie.)

El Brendel's brother was married to my Mother's Aunt. I guess that doesn't make me a realtive to El but, I remember seeing his late night reruns in the 60's & feeling like he was family. I so often wondered when or if I would ever catch another of his old movies. Oddly, El came up in conversation with my Mother tonight, so I thought, let me check the internet. Thank you for this. I can't wait to show this to my Mother. Maybe now, at 91, she'll finally see the wonderful things the internet brings.

Thanks for showing her! If she has ANY stories I would love to hear them.